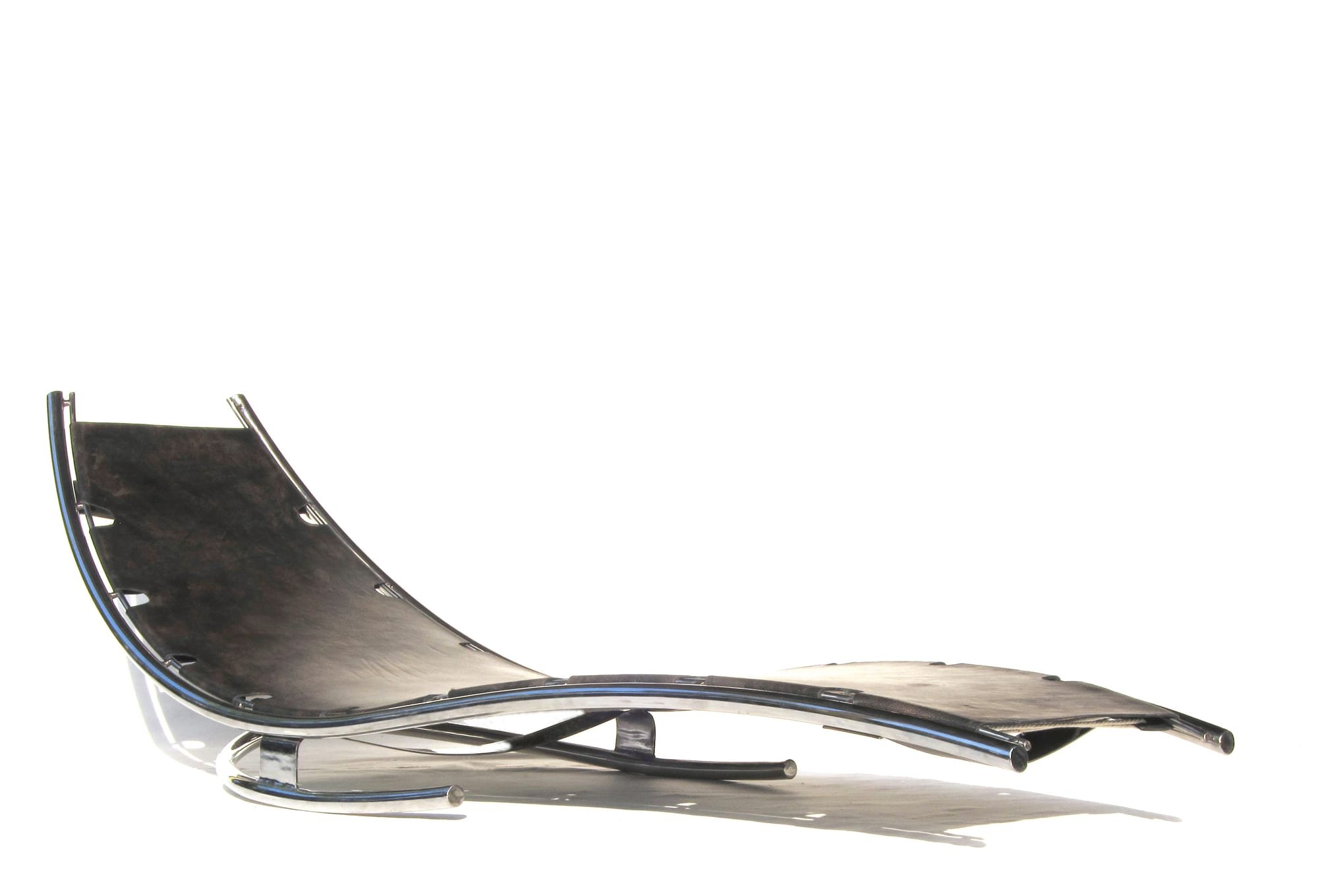 The frame is the third prototype from 2014, produced with my friend and coworker Yuri. Every day we drove early in the morning to the welders workshop in Gotri and worked until late evening. For me those weeks was the best time of my life.

To be able to see my what I started drawing eleven years earlier come to life was an incredible experience.

Since I had to share my time between my construction company in Sweden and my design in Indonesia, it wasn't until next year that I could continue with my project. I had a few different ideas for the seat, going with leather was a pretty late decision. Some of the other ideas lead to different projects.

After I decided to make the seating in leather I still didn't know were to start or how to do it. I was working in my temporary home in Indonesia and I visited leather shops and tried methods and a variety of leather. After many trial and errors I started to realize how it could be done and in the end I managed to invent my own working methods.

The next year, by cheer coincidence I met Lars Rundkvist, a Swedish art and antique dealer from Helsingborg at resto YamYam in Jepara. After seeing photos of my lounger we decided that we would work together.

At that moment I still didn't have any production and in 2017 Lars brought the prototype with him to R+R Sweden in Helsingborg. Later in 2018 it was put on auction at 1stdibs.com and sold to a customer in New York.

Just like all my furniture's it is hand made and unique and I personally made both that frame and the leather.

This particular Cobra lounger was also my debut as a designer.

The creation of the Cobra lounger